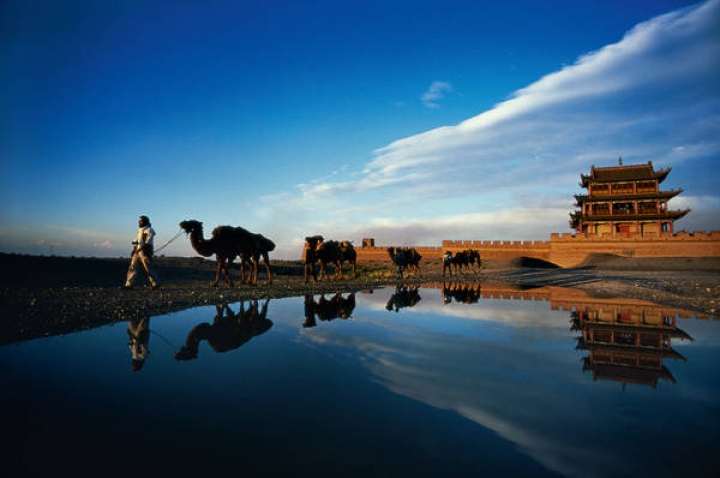 A road movie that explores the global shifts transforming Central Asia while probing the psyches of a group of road-worn modern day caravaneers, stumbling through the pitfalls of their own human nature. “Silk Road ala Turka” follows three Turkish photographers and an American filmmaker as they trace 11,000 kilometers (7,000 miles) of the Silk Road through six countries by camel caravan.

Shot over a 15-month odyssey, it focuses on the individuals the caravan encounters on its walk from Xi’an, China, through Kyrgyzstan, Uzbekistan, Turkmenistan, and Iran before finally arriving in Istanbul, Turkey. From Central Asian villagers who yearn for the return of the Soviet Union, to heads of State who use the caravan to laud democracy, this documentary also explores the rapid changes that were reshaping the region. The film also takes a personal look into the often-tense internal team dynamics; with an ironic and often humorous focus on the absurdness and physical hardships of realizing a caravan in modern times.